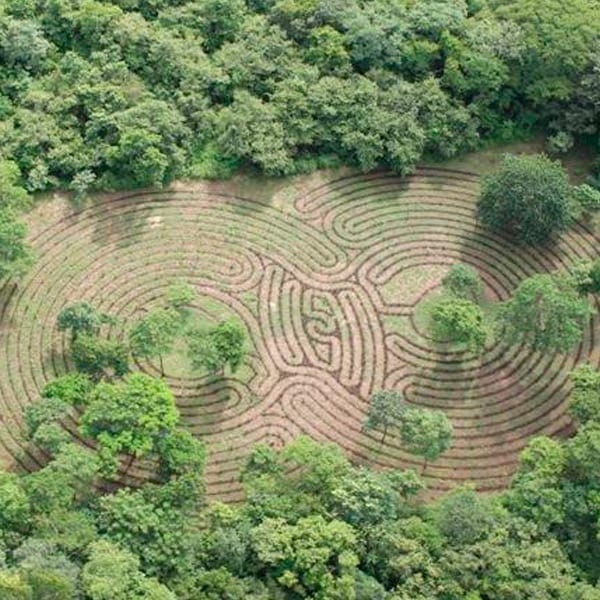 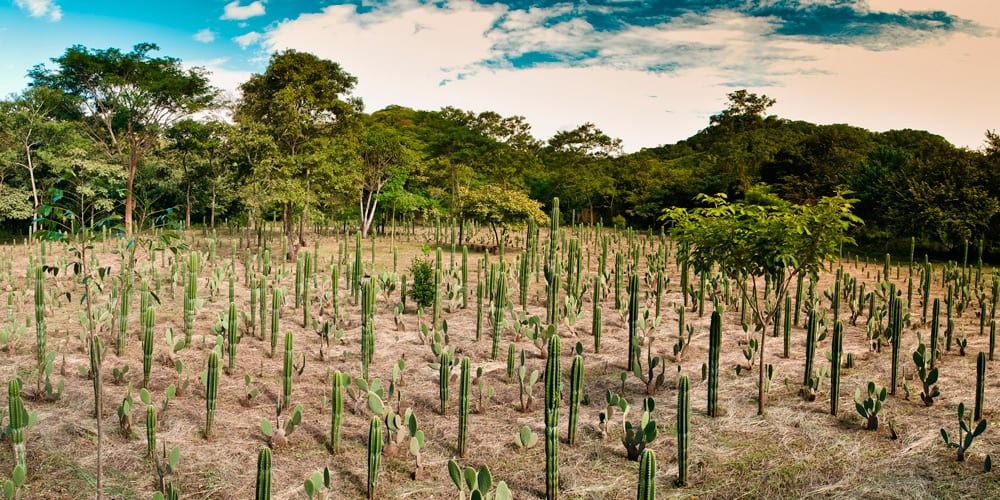 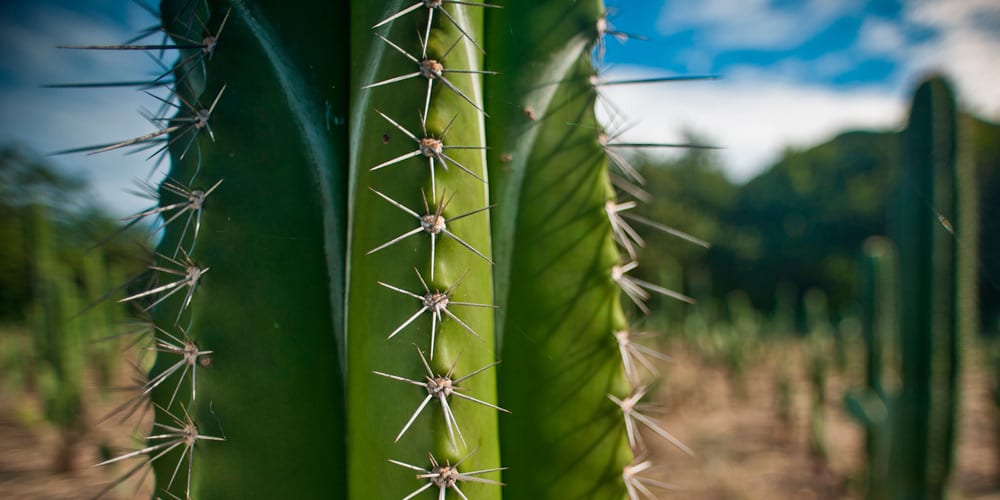 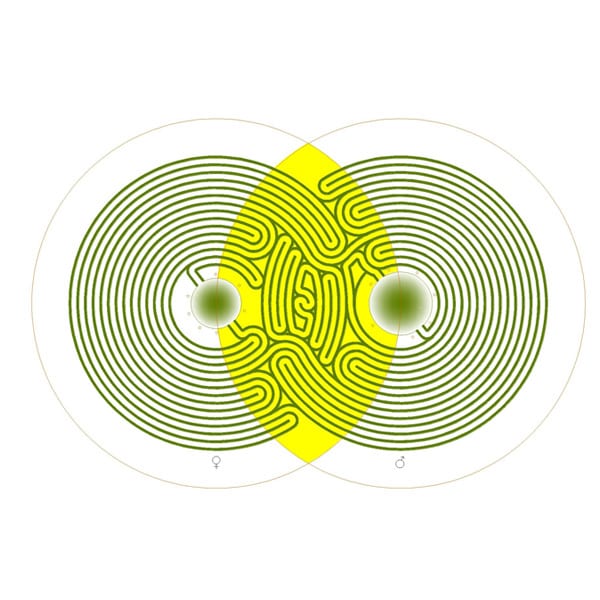 While in a maze you get lost and have to find your way out, a labyrinth has only one path which symbolizes our life’s journey and takes us inward guiding us to find out who we really are.

When Sergio Salas, an expert in energy work, discovered several energy points on the property, it was not very clear what we were supposed to do with them. It was Sergio who suggested building a labyrinth around the two opposite charged centers found in the middle of the forest. Our house is built on top of another energy vortex.

All information as to the details of the labyrinth were channeled by Sergio Salas over a period of time: the position of the entrance in the North and the exit in the South, the fact that all turns had to take place in the central part, there had to be 14 layers (2 times 7 = 2 complete musical scales) and it had to be built out of cactus, for attracting prana- life force- according to local indigenous people.

Being the biggest in the world, the labyrinth measures more than 2½ acres (over 1 hectare) and the path is almost 2 miles (3 km) long. It took 6 years, and now the labyrinth is fully planted with over 4.000 cactus. In a couple of years, when fully grown you will walk between solid walls of cactus.

All sentient beings: men, animals, plants and minerals in La Senda constantly live under the beneficial influence of this big pulsing heart of energy

The information channeled by Sergio Salas was translated into the design of a labyrinth by Ronald Esquivel, an architect specialized in sacred geometry and labyrinth design.

Ronald used the number three, uniting the two opposing centers, the feminine and the masculine, into a third center, the Vesica Piscis, the point of creation.

In sacred geometry, the vesica piscis is the passageway from the One to the many, the portal through which all forms and patterns of our universe are created. Since symbolism flows so deep within us, this figure is intended to allow us expansion, inspiration and spiritual self discovery.

TAMARINDO ACTIVE gathers the best tours and activities to do in Tamarindo in one place, so that you can freely choose and book the ones you’d like. We can also help you planning your vacation or answering any question you may have. Contact us or browse our website to find out all the good things you can do in Tamarindo.

Review the dates and confirm your booking

Please complete the form below.